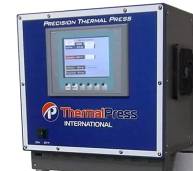 Welding has come a long way. The first welding processes were brutal, labor-intensive affairs undertaken by ancient blacksmiths. But bronze gave way to iron, and iron gave way to steel.

With the advent of plastics, engineers needed to reconsider the entire process of bonding parts together in a strong, accurate, and consistent way. Ultrasonic welding and thermal welding technologies were borne out of the need to quickly and inexpensively bond plastic materials to one another reliably.

The process of direct-contact thermal welding for plastic assembly has undergone significant changes since its first introduction to manufacturing plants across the world, but the concept remains the same.

Similar modern methods include Impulse, Laser, Infrared, RF and even UV welding – but it is the direct-contact thermal welding method that remains the most consistent and popular for the widest variety of purposes.

Some of the most significant advances for direct-contact thermal welding are in the ability to digitally control the thermal assembly equipment for precise and repeatable production results.

Motion control is critical to the thermal assembly process. Whenever a machine uses heat and pressure to soften a plastic towards its melting point and then reform into a new shape or weld plastics together in order to retain or attach, then a secondary motion must be mitigated.

The standard method for motion control when Thermal Welding or Thermal Assembly is using pneumatic actuators applying pressures to specific positions during the travel of the assembly parts. Digitally controlled processes and devices allow operators to program the amount of time these actuators produce force, allowing for extremely precise digital motion control during the thermal welding or thermal assembly processes.

Further advances in advanced motion control include force feedback and servo-actuator options, where the accurate control of the motion and force of the thermal assembly is used as part of the overall accurate process control equations, improving the accuracy and consistency of the resulting assembly or weld.

Heat is another aspect of the process that takes well to digitalization. If the thermal assembly process starts too hot, then the plastic will melt prematurely and create an insecure or incomplete weld. Thermal Assembly doesn’t depend solely on temperature to bond plastics, but on the combination of time, temperature, pressure and sometimes the Motion with Force Feedback control.

This can be challenging when dealing with multiple planes on a single product that must be joined in a specific order on an assembly line. Digital temperature control ensures that the thermal assembly equipment maintains the correct temperature during each step of the process

We are ready to take your heat staking processes to the next level. Talk to a Thermal Press specialist today!