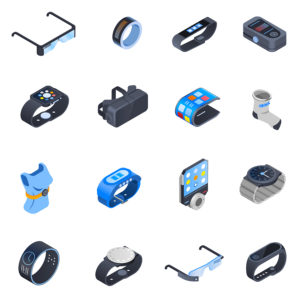 The Future of Plastic Assembly for IoT Medical Devices

Data drives almost every facet of modern life, and its influence is growing.

This is especially true in the world of medical device manufacture, where the ideas behind the Internet of Things (IoT) have particularly useful applications.

Manufacturers and product designers in the medical equipment industry have more opportunities than ever to create life-saving products using scalable, affordable processes.

Investing in the latest plastic assembly for IoT medical devices and technologies can create significant value for manufacturers who adopt the right approach.

For most of human history, medicine suffered from a black box effect. Since early physicians had no way of collecting hard data on their patients, they measured medicinal safety and effectiveness by trial-and-error.

If the patient felt okay and didn’t die, that was a success.

This makes it unsurprising that as early as a century ago, doctors were prescribing Opium, morphine, and cocaine for everything from toothaches to cholera.

But now, physicians have access to real data – and lots of it. A single wearable tech product can collect information using more than 20 million data points. This is why experts expect the IoT healthcare market to be worth $158 billion by 2022.

But in order for patients to truly benefit from these advances, they need data collection devices that are comfortable and affordable.

Integration is key to earning a respected place in tomorrow’s IoT medical device market. In an environment where a single wearable device can broadcast 20 million data points directly to a doctor – or to a doctor’s artificially intelligent digital assistant – the demand for these devices will skyrocket.

But patients won’t comply to doctors’ orders if they are not comfortable and if there are too many things to keep track of.

It’s not hard to imagine a patient eagerly accepting their first wearable sensor, less enthusiastically accepting the second, and leaving the third at home because there are just too many things to keep track of.

This points to an industry-wide movement towards device consolidation, where multiple signals will go through a single device. This puts pressure on medical device manufacturers to accomplish the following goals:

As manufacturers of plastic assembly products, it’s clear that high-quality, customizable equipment will ensure long-lasting value in a transition market like the IoT medical field.