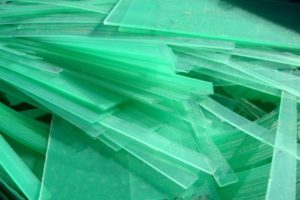 The Origins of Plastics

The Origins of Plastics: A Surprising History

The Organization for Economic Co-operation and Development (OECD) recently published guidelines that promote the use of chemically sustainable compounds for every stage during the lifecycle of plastic manufacturing. While it’s clear that plastics remain essential to human manufacturing, the compounds used in the future will no longer come with the adverse environmental effects we’ve seen in the past.

It may surprise you to learn that plastics aren’t necessarily synthetic. In fact, rubber that comes from rubber trees was the first widely used plastic in the world. The word “plastic” originally refers to any substance that is “pliable and easily shaped.” Our earliest evidence of the origins of plastics was using natural rubber during the height of the Olmec culture of Mesoamerica.

Thousands of years later, Charles Marie de La Condamine introduced samples of this material to the European scientific community in 1736. In 1751, a paper written by Francois Fresneau described rubber’s properties and in 1770, Edward Nairne, an English engineer, discovered its ability to remove pencil markings from paper, thus inventing the first eraser.

It’s only been since the industrial revolution that synthetic plastics made their way into modern society. These plastics are a family of polymers with long repetitive molecules primarily made of carbon. Due to their ability to react repeatedly with themselves and other compounds, theyremain one of the most versatile materials in use today. This article from Science Direct will provide you with a detailed timeline of the origins and future of plastics.

The Rise of Synthetic Plastics

The first synthetic polymer arose from a relatively weird event in human history. The rise in popularity of the game billiards led to a shortage of natural ivory. This prompted a firm in New York to offer $10,000 to anyone who could come up with a substitute.

Enticed by the prize, John Wesley Hyatt began experimenting with cellulose. In 1869, he discovered that by treating the substance derived from a cotton fiber with camphor, he could create products that imitated natural substances like tortoiseshell, horn, linen, and ivory.

This revolutionary breakthrough meant that humanity no longer had to depend on natural substances for manufacturing goods and products. The public hailed it as a savior of both elephants (the primary source of ivory at the time) and tortoises alike.

In 1907, Leo Baekeland invented Bakelite, which was the first plastic made entirely of synthetic materials. While looking for a substitute to shellac, he developed Bakelite to produce synthetic insulators during the rapid electrification period in the United States. Baekeland’s success spurred chemical companies to invest in synthetic polymer research, and new types of plastics suitable for various uses continued to enter the market.

During World War II, the industrial applications for plastics received new attention from manufacturers. The invention of nylon by Wallace Carothers in 1935 meant the military could produce parachutes, ropes, helmet liners, and body armor. Similarly, Plexiglas allowed manufacturers of aircraft to develop durable windows. The production of plastics in the United States during this period grew by 300%.

After the war, the industry continued to expand during the 1950s and 1960s. Almost every natural product was no longer essential to manufacturing processes. From car manufacturing to packaging and furniture, plastics were used everywhere. It’s also around this time that humanity started discovering the dangers of materials made from plastic.

A fire in the Cuyahoga River in 1969 started raising concerns over the manufacturing techniques used during the production processes. It was also around this time that we first observed plastic debris in our oceans.

The Move Towards Sustainable Plastics

As we now realize the negative effects of plastic manufacturing and its products on the environment, there’s a push towards developing new, bio-friendly polymers. Recent efforts include recycling plastic products as well as studying the viability of new, biodegradable compounds.

At Thermal Press, we provide industry-leading machines used for the thermal assembly of plastics. If you need more information on our customizable technologies, call us on 925-454-9800 or complete this form to speak with one of our consultants today.